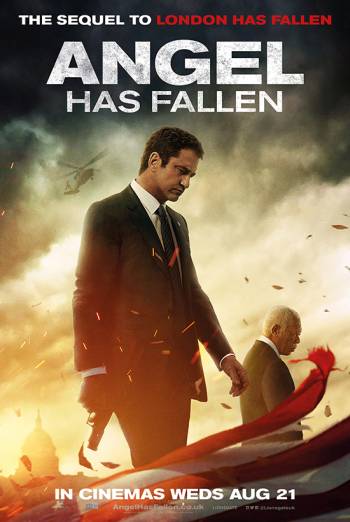 When Secret Service agent Mike Banning is accused of trying to murder the President of the United States, he must use all his skill and courage to clear his name. This dramatic action thriller follows on from the events of London Has Fallen and stars Piper Perabo, Gerard Butler, and Morgan Freeman.

No-nonsense Secret Service agent Mike Banning (Gerard Butler) has always served his country without question. But when the US president (Morgan Freeman) is caught in the crossfire of a drone attack while out on a fishing trip, that is all forgotten.

Charged with the attempted assassination of the President of the United States, Mike is taken into custody. As his innocent pleas fall on deaf ears, though, the Secret Serviceman realises he must take things into his own hands.

Escaping the authorities while being transferred, Mike finds himself alone and on the run. With the FBI hot on his tail, he must use all his training and wit if he’s to piece together the truth and work out who the real culprits are.

But time is running out, and he must uncover the shocking truth before it’s too late…

Piper Perabo (Black Butterfly, Notorious, Covert Affairs) stars in this thrilling feature, the third instalment of the acclaimed Olympus Has Fallen film series, with Gerard Butler (Hunter Killer, Law Abiding Citizen, 300) and Morgan Freeman (Ben Hur, Momentum, The Dark Knight Trilogy) among those reprising their roles. This action-packed drama will keep you entertained throughout and isn’t one to be missed.