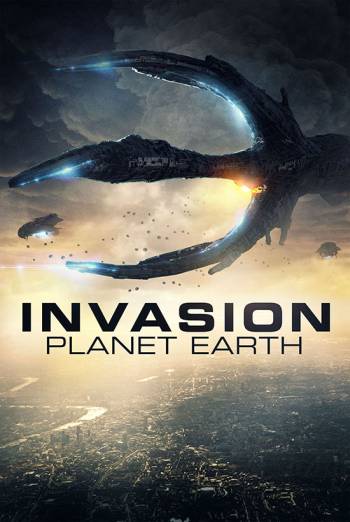 When an alien fleet launches an attack on Earth, Tom must search deep within himself to find the answer that could save the world as he knows it. Directed, written and produced by Simon Cox, this British sci-fi stars Lucy Drive, Julie Hoult and Simon Haycock.

Doctor Thomas Dunn (Simon Haycock) has been a heartbroken shell of his former self since the heart-wrenching death of his baby daughter. But, when Thomas discovers one day that his wife, Mandy (Lucy Drive), is pregnant again, relief sweeps over him as the pair are given a second chance at raising a family.

However, the new father’s excitement is short-lived when he experiences a terrifying vision on his way to work, seeing a destructive and fiery end to the world. Shaken, Thomas is truly shocked when he realises three of his patients, Harriet (Julie Hoult), Floyd (Danny Steele) and Samantha (Sophia Anderson) had the same devastating vision.

Soon, the group’s nightmares become a reality when a giant spaceship sweeps overhead. As darkness floods the planet, Thomas and his patients are abducted and imprisoned in pods where they can explore each other’s deepest consciousness.

Meanwhile, the alien ship launches a brutal assault on earth, sending millions of vessels to destroy the planet. If he’s to break free from his galactic purgatory and save humanity from a horrifying fate, Thomas must first delve deep within himself in search of wisdom and faith.