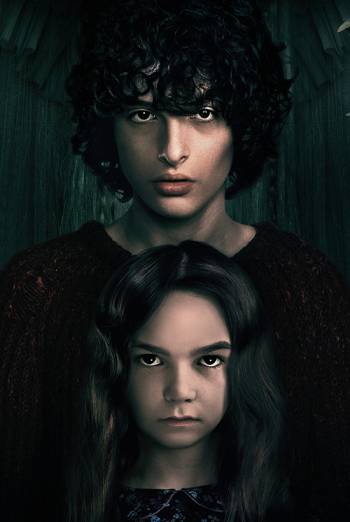 Young nanny Kate is tasked with taking care of two children, Miles and Flora, but this isn’t just another job. She soon finds out there’s something dark haunting the lives of these children and their Maine countryside estate. Floria Sigismondi directs this modern adaptation of Henry James’s 1898 gothic novella, The Turn of the Screw. Mackenzie Davis, Finn Wolfhard and Brooklynn Prince star in this haunting tale.

Kate (Mackenzie Davis) heads out to an old estate in the Maine countryside. It’s her first live-in job as a nanny and she’s been tasked with taking care of two orphaned children: Flora (Brooklynn Prince) and Miles (Finn Wolfhard) but something is not quite right about them.

Many secrets surround the history of the children and their home, not least of all, how their parents died, what happened to their last nanny and why no one may enter a specific part of the property. As she gets to know the children, she starts to notice odd behaviours and begins to feel threatened.

On top of the children’s strange ways, she notices supernatural activity around the house, especially when she wanders into the forbidden wing. It soon becomes clear that something much darker has a grip on them all.

Mackenzie Davis (Terminator: Dark Fate, Bladerunner 2049), Finn Wolfhard (It Chapter Two, Stranger Things) and Brooklynn Prince (The Lego Movie 2: The Second Part) star in The Turning, based on the 1898 gothic novella The Turn of the Screw by Henry James. Floria Sigismondi (The Handmaid’s Tale, The Runaways) directs this chilling present-day take on the classic horror story.