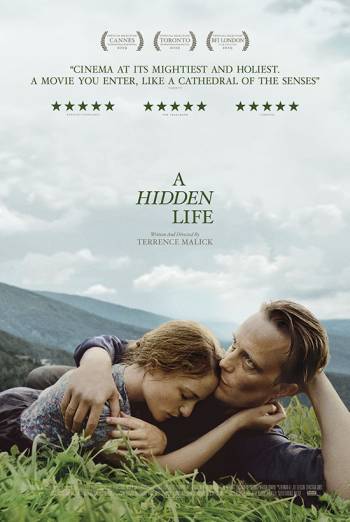 Despite facing execution for treason, one Austrian farmer remains defiant in his refusal to conform to Nazi rule. With his days numbered, only his spirit keeps him alive. Inspired by true events, this war drama stars Valerie Pachner, August Diehl and Michael Nyqvist.

As the Second World War ripples through Europe, men across Germany and neighbouring Austria are called up to fight for their country and the Nazi regime. But while most sign up willingly, Franz Jägerstätter (August Diehl) stands firm against the rule of the Third Reich.

Questioning the morality of the war and troubled by the actions of his nation, the Catholic farmer seeks help and advice from the church. But, despite his prayers, Franz is told that nothing can be done against the Fatherland.

Resolute against playing a part in the atrocities, Franz is persecuted and imprisoned for his opposition, facing death for his treason.

With nothing but bleakness ahead of the conscientious Austrian, he must rely on the love of his wife (Valerie Pachner) and family and his unmoving faith to find strength and keep going in his struggle against those in power.