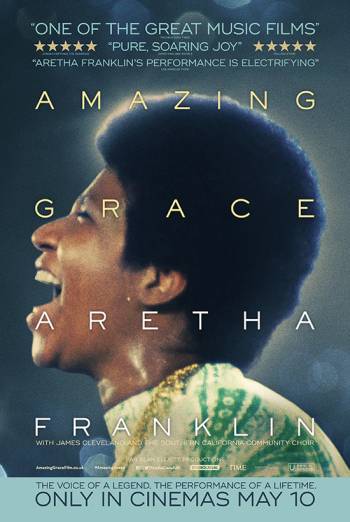 In 1972, Aretha Franklin introduced her poignant and incredible fourth album to the world – Amazing Grace. This musical documentary tells the story of the legendary singer as she records the iconic album that rocked the world, brought to us by Academy Award winning director Sydney Pollack.

When Aretha Franklin recorded her award-winning and powerful album, Amazing Grace, the world was starved of the footage – until now.

Almost fifty years on, this moving and personal documentary plays as an invaluable time capsule that offers us never before seen footage from 1972 of the recording and performance of Aretha’s greatest album at the New Bethnel Baptist Church in LA.

Immerse yourself in the voice of this unique American treasure, as she takes you on a journey through a key point in musical and social history.

From Academy Award winning director Sydney Pollack (Out of Africa), we are brought an intimate insight into the great musician’s gospel roots, almost half a century after it was recorded.

This musical documentary features Aretha Franklin performing favourites from her world renowned album and is one not to be missed by music fans.