Asterix: The Secret Of The Magic Potion 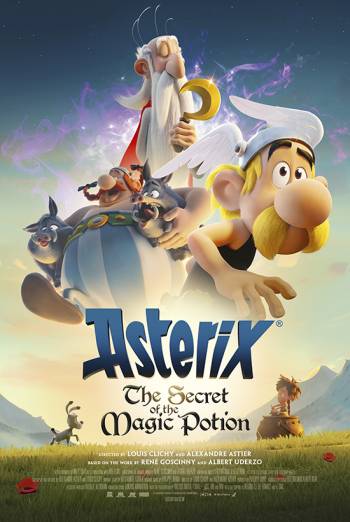 Asterix: The Secret Of The Magic Potion

Embarking on a perilous quest in search of a worthy young potions master, Asterix and Obelix must do all they can to keep the secret of their magic potion out the hands of an evil wizard. This animation is based on the long-standing series of popular French comics, Asterix.

Ancient druid Panoramix is responsible for guarding the top-secret recipe for the magic potion that provides warrior strength to Asterix and his Gaulish tribe in their long-standing battle against Roman forces.

But when the aging potions master suffers a terrible fall, the future looks bleak. Deciding that it’s time for a younger druid to learn the recipe, Panoramix instructs Asterix and Obelix that the three of them must embark on a quest in search of a worthy successor.

But just as the heroic pair begin their journey with Panoramix, hell breaks loose back home as the sly Romans take advantage of the weakened Gaulish and attack. With time running short and the fate of their people in their hands, best friends Asterix and Obelix must step up their hunt across Gaul for a talented young genius.

But Romans aren’t the only problem the two warriors will have to contend with. Evil wizard Sulfurix also has his sights set on the secret recipe for his own dastardly means, and he’ll do just about anything to steal it…

This animation is based on the long-standing Asterix comic series.