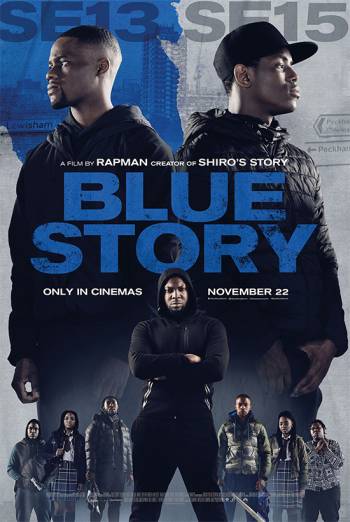 Timmy and Marco are best friends who live in different London boroughs. That’s until Marco is beaten up by one of Timmy’s friends, and the pair are drawn into a gang war where your postcode decides which side you’re on. Rapman, real name Andrew Onwubolu, directs this British drama about the effects of gang violence in London, starring Stephen Odubola, Michael Ward and Karla-Simone Spence.

Timmy (Stephen Odubola) and Marco (Michael Ward) are two best friends who go to the same school in Peckham, despite the fact Timmy lives in a different London borough: Deptford. A fact that could set them at violent odds.

At first, Timmy’s days are filled with school, finding love with a girl named Leah (Karla-Simone Spence) and joking around at school with Marco. But all this is torn apart when one of Timmy’s friends from primary school beats up Marco, causing his older brother and Peckham gang leader, Switcher, to retaliate.

The once-brotherly friendship is split as Timmy and Marco are dragged into different sides of the postcode gang war in London, filling their world with guns, knives and lost lives.