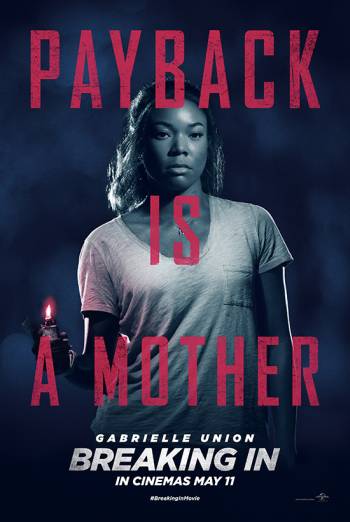 After her children are taken hostage, a mother unleashes all her fury on the gang who have taken them and the house they are being held in, in this bone-crunching thriller starring Gabrielle Union.

There are plenty of other ways Shaun Russell (Gabrielle Union) and her children, Jasmine (Ajiona Alexus) and Glover (Seth Carr), would rather spend the weekend. But unfortunately, they’re stuck with the chore of sorting out the house that Shaun’s recently deceased father has left to her.

After a long drive out to what feels like the middle of nowhere, Shaun finds that her childhood home has had a bit of a renovation – and it goes way beyond new curtains or a lick of paint.

The entire place has been turned into a fortress, with an automated security system, windows with retractable shields, and a whole host of other high-tech features. It’s almost as if her dad was trying to hide something…

And it turns out, someone is determined to find whatever it is.

The family’s boring weekend quickly spirals into something else when a group of armed men invade the property. Before she has time to react, they take Shaun’s children hostage and lock her out of the house. If she doesn’t give them what they want, they’ll kill them all.

But the men made one vital mistake – never underestimate what a mother can do when you get between her and her babies.

Smart, desperate, and ravenous for revenge, Shaun unleashes herself on the house and the men inside it, in a full throttle mission to break in.

Directed by James McTeigue (V for Vendetta), Gabrielle Union (The Birth of a Nation) stars as the mother who will stop at nothing to rescue her kids, across from Billy Burke (The Twilight franchise), the gang’s vicious ringleader.