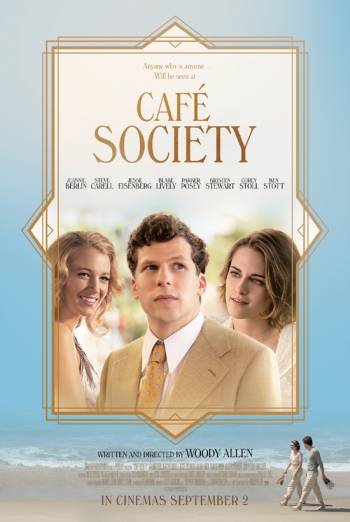 From golden-era Hollywood to gangster-era NYC, Bobby Dorfman takes on the ups and downs of high society in the 1930s.

It’s the 1930s. In golden Hollywood, life is all about glitz, glamour and good times. In jazz-age New York, the gangster underworld operates discreetly beneath the façade of trendy nightclubs and elite society.

And Bobby Dorfman (Jesse Eisenberg) gets to experience the best of both worlds.

When his uncle Phil (Steve Carrell), an agent to high-profile movie stars, invites him to L.A., Bobby jumps at the chance to leave his Bronx neighbourhood to try his hand at working in showbiz in sunny California.

Though he is soon surrounded by famous names and faces, Bobby isn’t bothered about the celebrity appeal and instead finds himself falling in love with Phil’s secretary, Vonnie (Kristin Stewart).

However, real life isn’t like the movies. Bobby trades the West Coast for the East, and travels back to New York City.

But, as he soon discovers, once the high life gets a grip, it’s hard to shake it off.

Before long, Babby is back on the party scene, this time rubbing shoulders with playboys and socialites in hopping jazz bars and underground clubs. However, he learns that Hollywood isn’t the only place that can put on a good show, and it isn’t long before his thrilling lifestyle begins to fray at the edges…