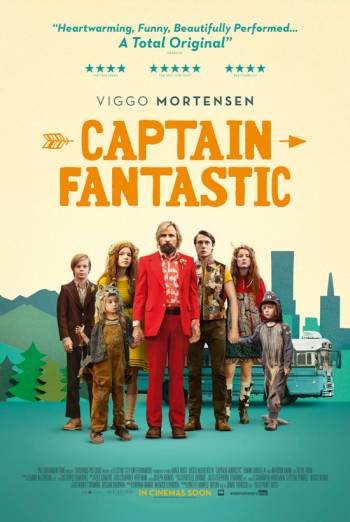 Ben and his children live a rustic and carefree lifestyle in the woods of the Pacific Northwest, but it all changes when they must venture into modern society to attend their mother’s funeral.

Ben (Viggo Mortensen) and his family are a little bit different.

Instead of living in a three bedroom semi, they have a wooden cabin in the middle of the Pacific Northwestern forest. Rather than watch television, they engage in group singalongs around an open fire. In place of going to school, they read classic literature and have philosophical debates amongst themselves.

Yet there’s no doubt that something is missing – their mother.

She has fallen ill and moved back into mainstream society. However, though they miss her, Ben and his children are undeniably happy with their unconventional lifestyle.

Until one phone call changes everything.

Ben learns that his wife has died, and his father-in-law is adamant that he and the children keep their distance and don’t attend the funeral.

But you can’t tell free spirits what to do.

Ben loads up his family and leaves the forest behind, taking them into the modern world for the first time. What transpires is a series of hilarious and heart-breaking events, as they try to navigate their way through a completely alien society and show the world that just because they do things differently, it doesn’t mean they’re doing them wrong.

Written and directed by Matt Ross, the film stars Mortensen (The Lord of the Rings trilogy) as a dad who believes in showing his kids a different side of the world, and Frank Langella (Robot & Frank) as the father-in-law who is determined to stop him.