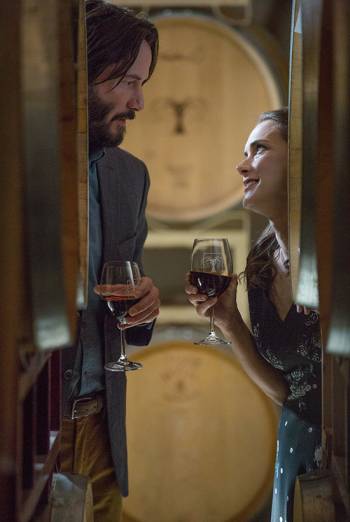 Lindsay and Frank are miserable individuals forced together on the happiest day of two other people’s lives. The two wedding guests are drawn together as the event’s most die-hard cynics and they’re hating every minute. Or are they? Writer Victor Levin directs Winona Ryder, Keanu Reeves, and Greg Lucey in this witty and romantic comedy-drama.

Misery loves company, and Lindsay (Winona Ryder) and Frank (Keanu Reeves) have certainly found equally cheerless characters in one another. Having first met and argued in the airport, they soon discover they’re both flying solo to attend the same wedding.

The two strangers are also thrust together at the wedding breakfast and learn they’re equally cynical about love, life, and everything in between. And as it turns out, Lindsay is still in love with Keith the groom (Ted Dubost) and that groom happens to be Frank’s half-brother whom he dislikes – naturally. The unhappy couple has plenty at which to aim their barbs and witty retorts.

They seem like unhappy bedfellows on the surface, but perhaps the backdrop of California’s picturesque vineyards and a seemingly endless supply of fine wine could change all that. Over the next few days, their friendship is given the chance to bloom into something more.