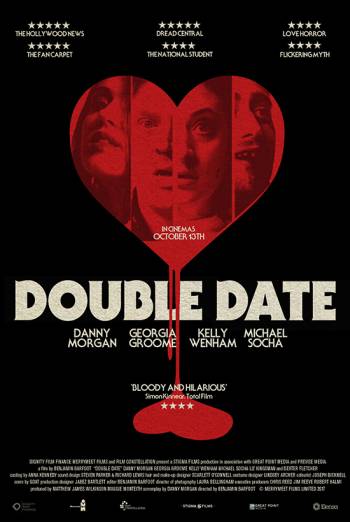 When Jim’s last-ditch attempt to lose his virginity before his 30th birthday leads to a double date with his best friend Alex and two hot girls, things seem a little too good to be true…

29-year-old Jim (Danny Morgan) has never been good with women. A quintessential nerd, his physical awkwardness and lack of confidence hasn’t translated well when it comes to charming the opposite sex, hence his status as a virgin.

With his 30th birthday just around the corner, his womanising best friend, Alex (Michael Socha), promises Jim that they will rid him of his virginity before he hits the big 3-0 milestone, come hook or crook.

Enter two attractive sisters in a bar, who seem to be easily won over by Jim’s diabolical lines, which are being fed to him via Alex. Before long, Kitty (Kelly Wenham)  and Lulu (Georgia Groome) have agreed to go on a double date with the hapless duo and Jim is understandably made-up.

Surely this is too good to be true?

What follows is a debauched night on the town, which is a hazy blur of alcohol, drugs, embarrassing parents and… murder! It turns out the two sisters are seasoned serial killers, who lure men back to their luxury home on the promise of sex, only to despatch of them in the most wicked of ways.

Suddenly Jim’s virginity takes a back seat as the pair fight to save their skin in what has become a hellish living nightmare.

Double Date has been critically-acclaimed by the horror community and beyond, picking up five-star reviews from the likes of Dread Central and The Hollywood News during festival season.

Danny Morgan (On the Road) writes and stars in this deliciously dark B-Movie horror-comedy, alongside Michael Socha (This is England). Kelly Wenham (Life on Mars) and Georgia Groome (Angus, Thongs and Perfect Snogging) star opposite as the twisted sisters.