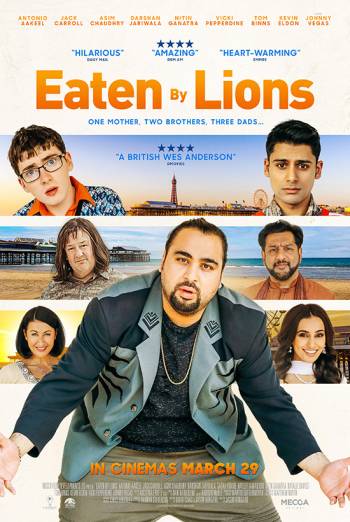 Following the death of Omar and Pete’s grandmother, the two half-brothers go looking for Omar’s real father. What follows is a journey of self-discovery via Blackpool and a hilarious snapshot of life in modern Britain. Antonio Aakeel, Jack Carroll, and Asim Chaudhry star in this British comedy directed by Jason Wingard.

When Omar (Antonio Aakeel) and Pete’s (Jack Carroll) beloved grandmother dies, the half-brothers find out a secret that changes everything. Omar grew up thinking that his estranged father had completely fallen off the map – but turns out his grandmother knew where he was all along.

The pair decide to head out on a journey to find this man, which leads them both on a hilarious adventure of self-discovery in Blackpool.

As they encounter all sorts of crazy antics along the way, they’re forced to confront the relatives who are still rooted firmly in their lives. Pete musts deal with his controlling British parents, while Omar wonders if he will be accepted by his eccentric long-lost family.