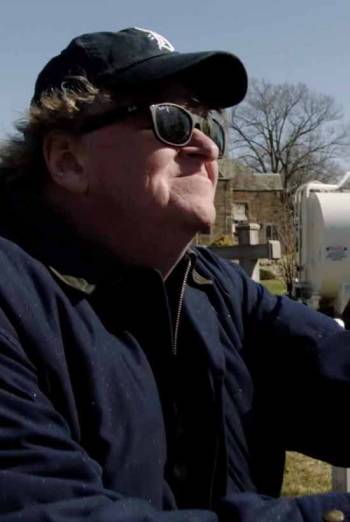 America has had a crazy couple of years. And, as far as Michael Moore is concerned, almost everyone is to blame.

The latest documentary from the Academy Award winning filmmaker, Fahrenheit 11/9 confronts the current state of affairs in the USA, attempting to trace the events that triggered Donald Trump’s transition from reality TV star to President of the United States.

Moore explores both American history and the people who are currently making history in America, looking for answers to the big, ugly question – “how did we end up here?”

With his signature cheek and unflinching wit, Moore challenges and chases politicians, celebrities, and everyday people, trying to get an understanding of the pieces that built – and broke – the United States in 2018.

He turns the lens on stories that have inspired and infuriated people across the US, from the water quality scandal in Flint to student protesters at Parkland high school, magnifying the chaos in a flurry of curiosity and criticism.

Written, directed by, and starring Michael Moore (Bowling for Columbine, Where to Invade Next), Fahrenheit 11/9 has received critical acclaim for its fiery and ferocious attempt to understand the state of affairs in America, as Moor tries to help audiences make sense of the senseless events that have plagued the nation during the past few years.