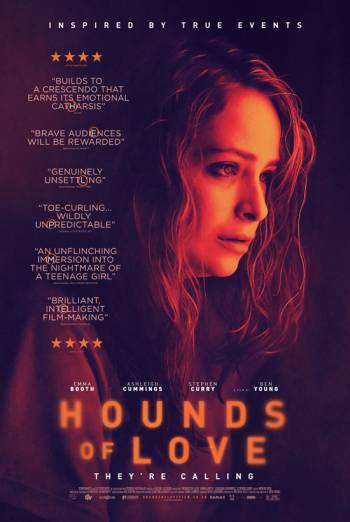 When a teenage girl is abducted by a deranged couple with a taste for murder, her only hope for survival is to try manipulate them in order to drive them apart.

In the suburbs of Perth during the mid-1980s, women are being plucked from the streets, never to be seen again. Unbeknownst to anyone, John (Stephen Curry) and Evelyn White (Emma Booth) are the serial killer couple with blood on their hands, bound by love and a sickening lust for murder.

Teenage Vicki Maloney (Ashleigh Cummings) is much like other girls her age, and spends her time hanging out with boyfriend John, having fun and discussing their future. But, with her parents on the brink of a divorce, the atmosphere in her family home is tense.

After an argument with her mother, Vicki sneaks out at night to head off to a house party. And, this is when fate puts her in the path of John and Evelyn. With her judgement a little cloudy, she agrees to get in their car and head to their home to party some more.

Before long, Vicki is drugged and awakes chained to a bed. When it soon becomes clear that the twisted couple have only the worst of intentions, Vicki must plot her escape and do it fast if she’s to avoid the same fate as those that came before her.

Inspired by true events that occurred in Australia during the 80s, Hounds of Love is the debut from Perth writer and director Ben Young. Emma Booth (Glitch, Gods of Egypt) and Stephen Curry (Rogue, The Castle) portray the murderous couple, whilst Ashleigh Cummings (Pork Pie) plays troubled Vicki.

“Snowtown meets Natural Born Killers… with a fetid psychological energy that clings like an unshakeable dream.” – The Guardian