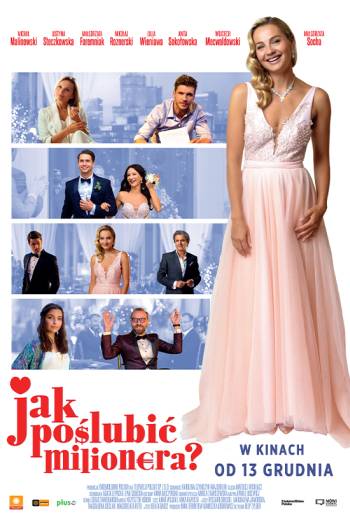 Single mum Alicja thinks her bad luck and poor finances could turn around when she takes a course on how to marry a millionaire. After all, best-selling author Sonia Babicz is promising to reveal all her best tips. Will Alicja manage to snag a partner with deep pockets? Filip Zylber directs this romantic comedy starring Małgorzata Socha, Małgorzata Foremniak and Michał Malinowski.

Nothing seems to be going right for Alicja (Małgorzata Socha). This single mum is living payslip to payslip, her card has been declined and now she’s lost one of her jobs, too. But she’s stumbled on a method that promises she’ll find affection and a load of cash.

Best-selling author Sonia Babicz is running a course that teaches women how to attract and marry millionaires. She’ll let attendees in on her methods for seducing any rich man, including where the best place to meet them is, what to do on a first date and an all-important rule: that there should be no romances without finances.

Alicja takes a chance on these classes and soon finds herself swept up in a world of wining and dining with a list of affluent males. But what happens when she finds herself falling for a former footballer (Michał Malinowski) who happens to be engaged already?