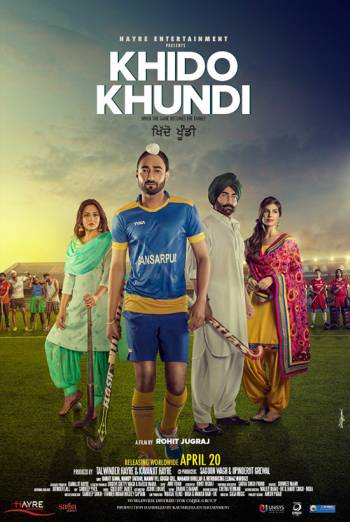 A famous hockey player must overcome his own demons in order to put India back on the map for the Olympic games.

Harry once an excellent and passionate hockey player from Sansarpur Punjab, a village which produced the largest number of Olympic medal winners, vows never to pick up a hockey stick again.

Disillusioned with life, he moves to the UK with his wife Lali and younger brother Fateh. Despite a fresh start Harry’s past continues to haunt him. Lali does not give up hope and continues to sacrifice her own dreams by supporting Harry.

Fateh, although madly in love with Naz longs to become a hockey player despite his brother’s experiences. When he is chosen to represent his University’s hockey team, he has no idea of the racism he will face. One fateful match shatters Fateh’s hopes of becoming a world class hockey player.

One day when Harry and Fateh make a stand to regain their lost honour and pride, Lali supports them and together they give up their life of luxury by heading back to their village, Sansarpur not knowing if they would be accepted.

With Lali’s advice and help Harry recruits 14 ex hockey players and together they help Fateh regain his confidence and prepare a team of champions who will face the British hockey team for one final showdown.

Can Harry overcome his own demons to help Fateh and the hockey team put India back on the map again?

Will Fateh regain his lost honour and prove that hockey is part of his DNA? Will Naz leave her life in the UK for love in Punjab?