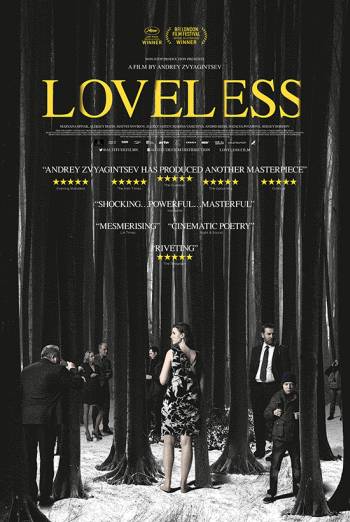 A couple going through a bitter divorce are faced with every parent’s worst nightmare when their son goes missing.

In the suburbs of Russia, Zhenya (Maryana Spivak) and Boris (Alexey Rozin) are going through a bitter divorce which is filled with hatred and hostility. Each are dating new partners and leading separate lives, all while living together with their 12-year-old son, Alyosha. Boris has a new girlfriend who is now pregnant, and Zhenya is dating a wealthy older man with an adult daughter.

Now at the final stages of their divorce, the situation is bitter, and the couple are quarrelling constantly over their loathing for one another. Until one night, after overhearing an argument, Alyosha disappears.

It’s every parent’s worst nightmare. Will Zhenya and Boris put their troubles aside for the sake of finding Alyosha, or will emotions spiral relentlessly out of control?

This Russian indie drama is a moving and harrowing depiction of the stressful final stages of a modern divorce.

Russian director, Andrei Zyvagintsev, has received huge critical acclaim for producing yet another cinematic masterpiece, having already produced award-winning films such as The Return and Leviathan. Loveless won Best Film at the BFI London Film Festival - the second time the director has received this triumph.