Mark Felt: The Man Who Brought Down The White House 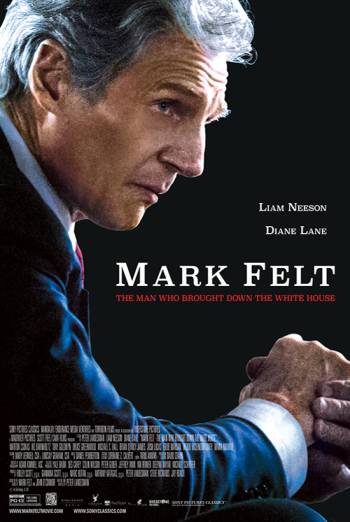 Mark Felt: The Man Who Brought Down The White House

It was the scandal that defined the 1970s and changed the course of US politics – and he unveiled it all. This is the story of Mark Felt, the FBI agent who tipped reporters off about the Watergate scandal.

After spending 30 years working for the FBI, Mark Felt (Liam Neeson) is an expert at keeping secrets – and uncovering them. Strict, disciplined, and dedicated to his morals, he’s dubbed “the G-Man’s G-Man”: he’s always on the right side of the line.

Which is exactly the problem.

Felt receives a call about an incident at the Watergate office complex in Washington D.C., where five men have broken into the Democratic National Committee headquarters. According to protocol, he begins to conduct an investigation. Until he’s ordered to stop – by the director of the FBI.

But after dedicating his life to the Bureau, he isn’t prepared to let things slide so easily.

“No one can stop the driving force of an FBI investigation – not even the FBI.”

The more questions Felt asks, the more resistance he meets. Determined, he keeps digging – and what he finds will change the political landscape beyond recognition.

Directed by Peter Landesman (Concussion), this biographical drama tells the story of how the FBI’s second in command, the “Guardian of the American Dream”, became “Deep Throat” – one of the most famous whistleblowers of all time and the source that informed reporters about the Watergate scandal.

Based on the 2006 autobiography, written with help from John O'Connor, Mark Felt: The Man Who Brought Down The White House stars Liam Neeson (The Commuter, Taken), Diane Lane (Paris Can Wait), and Tony Goldwyn (The Belko Experiment).