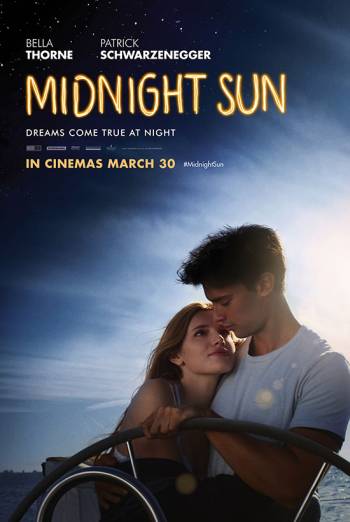 17-year-old Katie (Bella Thorne) has a rare disease that stops her from being able to live a normal life. But when she meets Charlie (Patrick Schwarzenegger), all her dreams seem to become possible.

There’s one rule that defines Katie’s life: she can’t go out in the sun. A rare genetic disease means it’s impossible to do so without risking her life. Only able to leave the house at night, she spends her days stuck in her bedroom, sleeping, writing songs, and watching the world pass by.

And Charlie is one of the things she notices the most.

Since she was young, Katie has seen him skateboard past her house almost every day, but they’ve never even made eye contact. That is until one fateful night, when he approaches her while she’s playing her guitar in town – and changes her life forever.

Concerts, parties, campfires on the beach… With Charlie, Katie finally breaks free from her sheltered life of solitude and almost begins to feel like a normal teenager.
During one summer spent together in the dark, she discovers how much life she has to live.

But her disease isn’t going anywhere – in fact, it’s getting worse.

Can Katie and Charlie find a way to make it work when it feels like the universe is threatening to burn them apart?

Based on the acclaimed Japanese film of the same name, Midnight Sun is directed by Scott Speer (Step Up 4) and features Bella Thorne (The Babysitter), Patrick Schwarzenegger (Go North), and Rob Riggle (12 Strong).