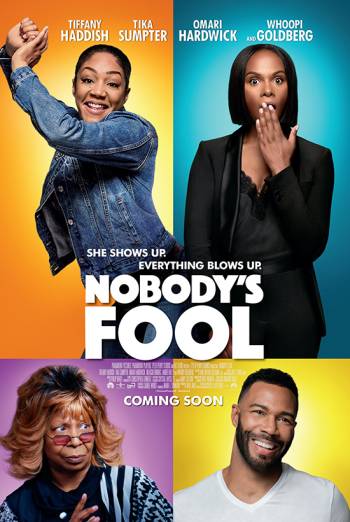 Rather than getting her life together after being released from prison, Tanya focusses all her energy on tracking down her sister’s mysterious online boyfriend, in the latest hit comedy from Tyler Perry. Starring Tiffany Haddish, Tika Sumpter, Amber Riley, and Whoopi Goldberg.

Danica is professional, conservative, and driven, determined to climb the ladder and become the first black female VP of her company.

And Tanya has just gotten out of prison.

When her mother (Whoopi Goldberg) calls and asks Danica to pick Tanya up from the penitentiary, it’s meant to be just one little favour to help her sister get back on her feet. But soon enough, loud, brash, and impulsive Tanya has wriggled her way back into Danica’s life, rooting herself firmly in her sister’s personal business.

Danica is in an online relationship with a man she’s never met, despite her numerous attempts to arrange a face-to-face date. And Tanya smells something fishy – ‘catfishy’, to be specific.
Convinced that her sister is being strung along by a scammer, Tanya decides to find out exactly who has stolen Danica’s heart – and give them a piece of her mind.

With the help of Danica’s co-worker (Amber Riley), the women combine their skills and try to track down the person behind the profile. As they hunt for the mysterious messenger, the sisters find themselves reflecting on their relationship, coming to terms with how they’ve both changed, and figuring out whether they’re too different to become friends in the way they once were…