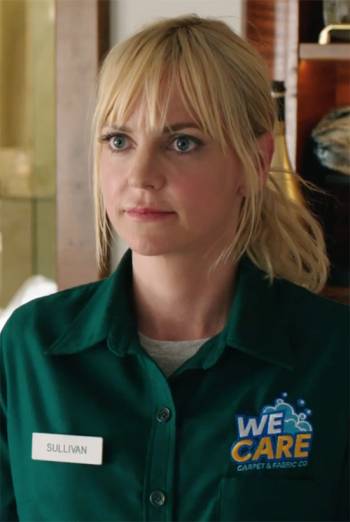 A single mum, an ultra-rich bachelor, and a sudden case of amnesia… Anna Faris, Eugenio Derbez, and Eva Longoria star in this hilarious remake of the classic 1987 comedy about a woman who gets revenge on her ex-employer by convincing him she’s his wife.

To say that Kate (Anna Faris) is struggling would be an understatement. Stuck cleaning carpets to support herself and her three daughters, she has a tough time making ends meet.

To say that Leonardo (Eugenio Derbez) is flourishing would also be an understatement. A wealthy playboy, he spends his days partying and thinking only of himself.

Both of their worlds are turned upside-down when Kate is hired to clean Leonardo’s yacht. Rude and careless, Leonardo fires Kate unfairly and throws her equipment into the sea, leaving her in even more debt and despair. But soon, karma comes to call…

Leonardo falls off his boat and wakes up on the beach, without a clue about who he is. By chance, Kate discovers what’s happened and vows to get her revenge.

She decides to tear him away from his life of luxury and show him just how the other half live. And so she poses as Leonardo’s wife, absorbing him into her life of packed lunches, chores, and minimum wage work.

At first, she finds it satisfying to watch him try to navigate the real world. However, she doesn’t expect him to survive, let alone thrive. When her fake family starts to feel like a real one, she’s left in a dilemma – how can she tell him the truth without destroying everything they’ve created together?

A remake of the 1987 hit comedy, which starred Goldie Hawn and Kurt Russel, Overboard is a hilarious, feel-good romcom that’ll have you laughing the whole way through. Directed by Rob Greenberg, who has worked on TV comedy favourites including How I Met Your Mother and Frasier, Anna Faris (Mom) stars, alongside Eugenio Derbez (Geostorm), and Eva Longoria (Empire).