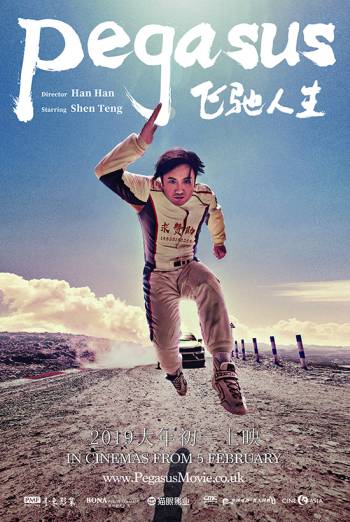 An old racing driver dreams of reliving his glory days and beating the cocky current crop of talent. But somehow, Zhang must find a way around the issue of having no money, no team and no car… Starring Johnny Huang, Shen Teng and Pierre Bourdaud, this warming Chinese production tells the story of a man who refuses to let age be a barrier to success.

After retiring from race car driving, Zhang Chi (Shen Teng) became yesterday’s hero, forgotten by many and left to tend to his rice stall. But the next generation of drivers are cocky and smug, and Zhang knows he is better than them all, even now.

So, when he is challenged to a race by the father of one of his son’s friends, he relishes the opportunity and quickly accepts. With the race fast approaching, though, Zhang is faced with a problem. He has no car, no team and no money.

However, being a sportsman, Zhang doesn’t lack determination. Putting everything on the line, he finds a car for the race, and uses his son as his crew. But when the day of the big race does finally arrive, Zhang faces a greater challenge than he could ever have predicted…

This Chinese comedy stars Johnny Huang (Operation Red Sea), Shen Teng (Hello Mr. Billionaire), and Pierre Bourdaud (Jarhead), showing what can be achieved if you work hard enough for it.