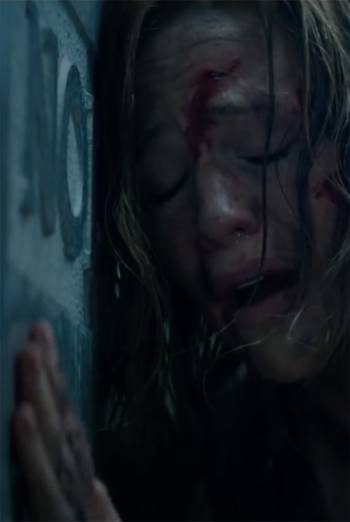 When her husband and daughter are brutally murdered by a powerful gang and the police shield the criminals, Riley North (Jennifer Garner) decides to do everything she can to get revenge – even if it means she has to turn herself into someone else entirely.

What started out as a perfect outing at the fairground turns into the worst day in Riley North’s (Jennifer Garner) life. In just a few horrible seconds, everything she cares about is destroyed as she watches her husband and young daughter get gunned down in a drive-by shooting.

But her nightmare is only beginning.

When she tries to prosecute the men who killed her family, she’s met with resistance at every step of the way. Corrupt judges, lying lawyers, dirty cops. The Cartel owns everyone, but nobody believes her – or they’re too scared to speak out.

Forced to watch as the villains who slaughtered her daughter walk free, Riley knows there’s no chance she can return to her life as it was before. So, she disappears.

If she wants justice, she’s going to have to take matters into her own hands.

Five years later, bodies start turning up. Local criminals are found hanging from a Ferris wheel, just meters from where her child and husband bled out. The police suspect that Riley has returned, equipped with the skills and weapons that will help her to find redemption, her way.

As the death count begins to climb, the city becomes divided. The streets are safer, but the vigilante is wanted for multiple homicides.

Jennifer Garner (Love, Simon) stars in this action thriller, which is directed by Pierre Morel (The Gunman). Also featuring John Gallagher Jr. (The Belko Experiment) and Annie Ilonzeh (Til Death Do Us Part).