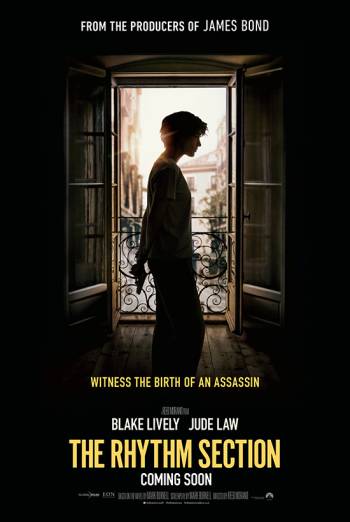 When Stephanie Patrick learns that the plane crash that killed her family wasn’t an accident, she hunts down those responsible in search of justice. Produced by the team behind James Bond, Barbara Broccoli gives us a gritty espionage thriller starring Blake Lively, Jude Law, and Sterling K. Brown.

Stephanie Patrick (Blake Lively) is a broken woman. After her family perished in a tragic plane crash, she is left stranded and alone, with her world crumbling around her.

With nobody left to turn to, Stephanie begins to follow a path of self-destruction, letting herself go and becoming entangled in underworld activity.

However, things change when a journalist reveals the truth to Stephanie and tells her the real story behind the death of her family…

Upon learning that the plane crash that destroyed her life wasn’t an accident, and her family were targeted by hitmen, Stephanie begins a fearless mission to find those responsible and get her revenge.

But once she’s assumed the role of an assassin, can she ever go back?

Blake Lively (A Simple Favor) stars alongside Jude Law (Fantastic Beasts: The Crimes of Grindelwald) and Sterling K. Brown (Black Panther) in this action thriller. The Rhythm Section is brought to us by the producers of the James Bond franchise, in what is sure to keep you on the edge of your seat.