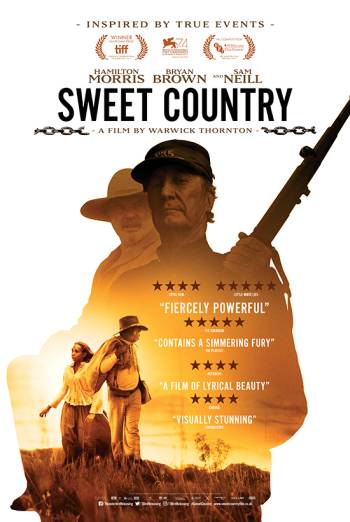 A hardworking aboriginal farmer shoots down a white man in self-defence and must escape before the dead man’s hunting party tracks him down, in this action drama set in 1920s Australia.

Sam (Hamilton Morris), a hardworking aboriginal farmhand, is working for a preacher in the outback of Australia’s Northern Territory. When news hits that a war veteran, Harry (Ewan Leslie), has moved into an outpost nearby, the preacher sends Sam and his family out to assist Harry in renovating his cattle yards.

But all is not as straightforward as it seems. Malicious and bad-tempered, Harry instantly takes a disliking towards Sam and tensions quickly mount between the pair.

One day, a heated argument spirals out of control, culminating into a vicious shootout. In act of self-defence, Sam kills Harry.

Now a wanted criminal for the murder of a white man, Sam must escape the fatal outback with his wife before the local lawman, Sergeant Fletcher (Bryan Brown), and his hunting party track him down. But when the truth behind the killing comes to light, the locals begin to question whether justice is really being served.

Inspired by true events, this tense western drama is the latest work of highly-acclaimed director Warwick Thornton (Samson & Delilah), and has scooped awards such as the Special Jury Prize at the Venice film festival and the Best Feature Fiction Prize at the Festival’s Audience awards.