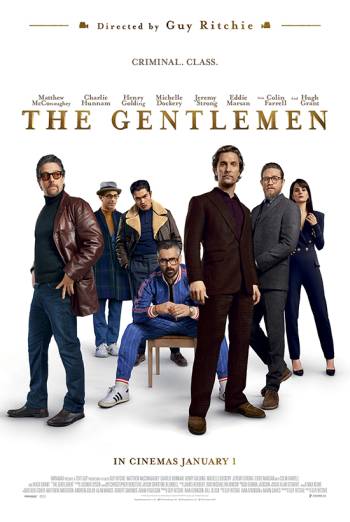 When word gets out that the owner of a highly profitable marijuana empire is looking to cash out, chaos ensues as those sniffing around the business scheme and fighting among themselves to gain control. Written and directed by Guy Ritchie, this crime thriller stars Matthew McConaughey, Charlie Hunnam and Henry Golding.

Setting up shop in London, American crime lord Mickey Pearson (Matthew McConaughey) has spent years developing a thriving marijuana business. But word has got out that the kingpin has decided to cash in.

As news quickly spreads that Mickey is leaving the game, it seems as though everyone’s out to get a piece of the pie. However, despite threats and schemes to take him down coming from all sides, including an unlikely proposal coming from a rival British mob boss (Henry Golding), Mickey makes it crystal clear he’s not for sale.

With the dog fight for criminal supremacy getting violent and bloody, the determined American must step up and get his hands dirty to prove his status. As those around him are desperate to seize power, Mickey will do anything to maintain control over the empire he built.