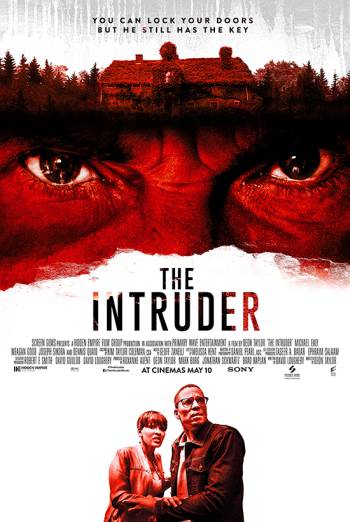 Moving into their dream house in rural California, Scott and Annie believe they’ve found the perfect home in which to raise a family. But when the previous owner begins showing up unannounced, the young couple make some chilling discoveries. Meagan Good, Dennis Quaid, and Michael Ealy star in this mysterious horror.

Scott (Michael Ealy) and Annie (Meagan Good) Howard always had dreams of moving to Napa Valley to raise a family. So, when their ideal home becomes available, they don’t hesitate to buy.

As the move-in date finally comes around, the excited young couple are greeted at the door by the smiling seller, Charlie Peck (Dennis Quaid), who, though admitting his love for the property, explains that, now his wife has died, he is moving to Florida to be closer to his daughter.

Settling into their beautiful new home, though, the pair are surprised when Charlie still shows up, unannounced. While Annie pities the widower, Scott quickly grows frustrated and demands he stay away from their home.

Ignoring the threats, however, Charlie remains very much in the picture, prowling the grounds with increased interest in Annie. Becoming fearful for his wife’s safety, Scott makes a sinister discovery while delving into Charlie’s past, learning a chilling truth about the former owner.

The old man is not as he first seemed; the young couple realise his true, terrifying intentions. But is it too late?

Starring Meagan Good (Shazam!, Anchorman 2: The Legend Continues), Dennis Quaid (A Dog’s Journey, The Pretenders, Footloose (2011)), and Michael Ealy (Think Like a Man Too, Barbershop, For Coloured Girls), this mysterious horror directed by Deon Taylor (Traffik) will keep you on the edge of your seat.