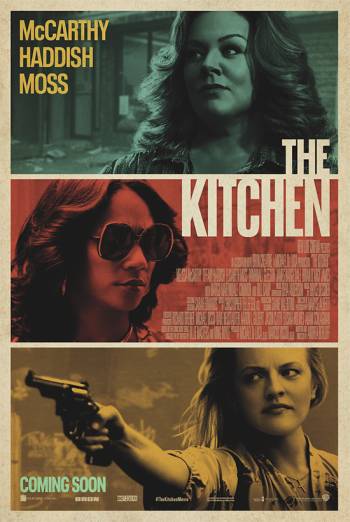 Three New York mothers are jobless and struggling to pay rent after their husbands, high-flying members of the Irish mob, are put away. Left with no option to but to follow in the footsteps of their criminal husbands, it’s their turn to run the show. Melissa McCarthy, Tiffany Haddish, and Elisabeth Moss star in this crime drama, directed by Andrea Berloff, based on the comics of the same name from DC Comics’ Vertigo.

Yet, when the FBI catches their husbands and sends them to prison, the cash they used to live off dries up. Struggling to get jobs, these mothers are unable to make ends meet. Married to a life of crime, there’s only one thing for it.

Kathy, Ruby, and Claire decide to delve headfirst into the New York City underworld, challenge the patriarchy of Irish organised crime, and look to take charge of their lives – and Hell’s Kitchen.

How will the trio fare as they stare death, danger, and trigger-happy male-chauvinist gangsters in the face? For some, the transition is a little too easy. Could they push things too far?