The Secret Of Marrowbone 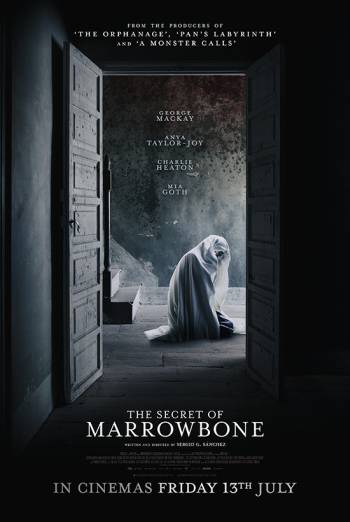 The Secret Of Marrowbone

A group of siblings living in an old house in on the fringes of a remote, American town are plagued by unspeakable horrors that threaten to tear apart everything they have. With a creeping sense of dread, and stunning turns from George MacKay, Anya Taylor-Joy and Charlie Heaton, The Secret of Marrowbone is a horror not to miss.

1969, one family, and the open road. Rose (Nicola Harrison) has decided to take her four children, Jack (George MacKay), Jane (Mia Goth), Billy (Charlie Heaton), and Sam (Matthew Stagg), to live in Marrowbone House. A big, old home in rural America where Rose grew up, Marrowbone is meant to be the missing piece to a better life.

But tragedy strikes when Rose dies, leaving Jack to look after his younger siblings. The circumstances surrounding her passing are shrouded in mystery, but he promises his mother one thing – he mustn’t tell anyone about her death until he turns 21 and is old enough to become the legal guardian of Jane, Billy, and Sam.

They try to piece their lives back together and learn how to move forward without their mother. But after a series of strange and inexplicable events it becomes clear that grief isn’t the only thing lurking in the empty rooms of Marrowbone.

Desperate not to be separated, their family unit is all they have to cling to, as their sanity begins to fray. Something inhuman is targeting the family, and its intentions are beyond sinister…

Get all times & tickets
All films at Farnborough
Also showing