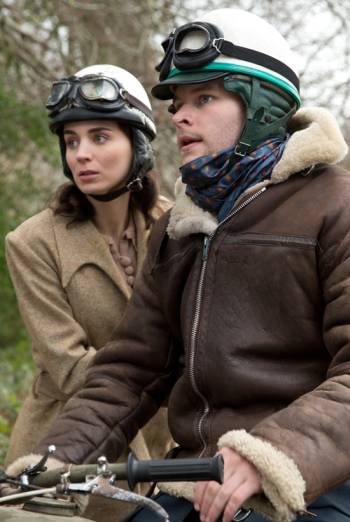 A woman confined to a mental institution opens her diary to reveal a fascinating story as her 100th birthday approaches.

With her 100th birthday on the horizon, Rose (Vanessa Redgrave) has a story to tell. When the mental hospital she has spent decades living in is to be turned into a hotel and spa, she must prepare to vacate the premises and spend her latter years elsewhere.

Dr. William Grene (Eric Bana) is assigned to evaluate Rose, to determine whether she is mentally fit to return to society, and so she sets about recounting the story of her fascinating past.

Jumping back in time to Ireland during World War II, we meet a more youthful Rose (Rooney Mara), who has fallen in love with a dashing RAF pilot Michael (Jack Reynor). When he is called up for duty, Rose finds herself as the object of affection for several local bachelors.

Father Gaunt (Theo James) is one such gentleman, who pursues Rose persistently despite her obvious lack of interest. But, this is by-the-by as far as the local gossips are concerned, and Rose is branded a sinner, purely for attracting the attention of the local men.

And so, begins her descent into supposed madness as the townsfolk condemn her.

Based on the award-winning novel by Sebastian Barry, The Secret Scripture is a handsome period drama featuring strong performances from its talented cast, directed by six-time Academy Award Nominee, Jim Sheridan (My Left Foot).