The SpongeBob Movie: Sponge On The Run 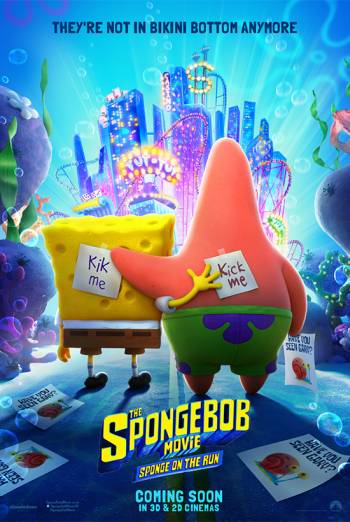 The SpongeBob Movie: Sponge On The Run

When SpongeBob SquarePants discovers his beloved Gary has been ‘snail-napped’, he and best friend Patrick must embark on a perilous mission to a fabled city to solve the mystery and bring him back home safely. This animated family comedy sees Tom Kenny, Clancy Brown and Bill Fagerbakke each reprise their regular roles as SpongeBob, Mr Krabs, and Patrick respectively.

Ever since they met at Camp Coral all those years ago, SpongeBob SquarePants (Tom Kenny) and sea snail Gary have been the best of friends. In the time since, the pair have enjoyed living together in the underwater town of Bikini Bottom.

However, when SpongeBob returns home from work one day, he discovers his beloved Gary is missing. Hurriedly searching up and down their home, the sponge desperately fears the worst. Suspecting Gary has been ‘snail-napped’, SpongeBob recruits the help of his other best friend, and serial dimwit, Patrick Star (Bill Fagerbakke).

With the help of pals Sandy (Carolyn Lawrence), Mr Krabs (Clancy Brown), and Squidward (Rodger Bumpass), the pair head out on a perilous quest in search of the helpless snail.

But as the epic adventure pits the two naïve friends against strange new faces on route to the legendary Lost City of Atlantic City, SpongeBob and Patrick discover the power of friendship might be the only thing that can help them find Gary and get them back home safe.