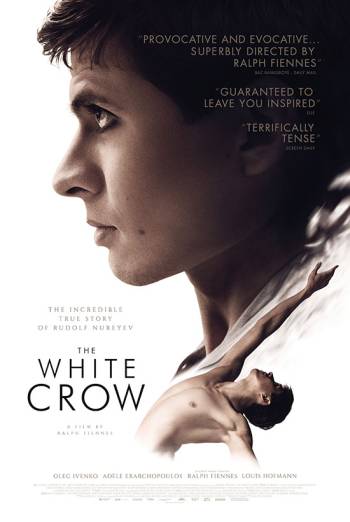 Ballet dancer Rudolf Nureyev captivates everyone – from humble audiences in his native Russia to theatres full of fashionable Parisians. But the real drama takes place off the stage, as he battles against the regime that is trying to hold him back from the exciting life he dreams of living. This biographical drama is directed by Oscar-nominated actor Ralph Fiennes and stars Ukrainian dancer Oleg Ivenko in his first feature film role.

Rudolf Nureyev (Oleg Ivenko) was one of the world’s most celebrated performers, with a talent that was appreciated by audiences around the globe. But the truly fascinating story lies outside of the spotlight, in his journey to reaching stardom.

Born on a train in the heart of Cold War Russia, Rudolf’s childhood has no space for dreaming and his passion for dance is discouraged at every interval. There is no way he can ever become the international artist that he wants to be.

But that doesn’t stop him from trying.

Desperate to escape the limitations of his world, the gritty and determined dancer throws himself into training. People begin to take notice – and one person in particular will make all the difference.

Alexander Pushkin (Ralph Fiennes), an instructor at Vaganova Academy of Russian Ballet, recognises Rudolf’s talent and helps him nurture it. The young Russian joins the Kirov Ballet and visits Paris, getting a taste of life beyond the Iron Curtain.
As Rudolf’s talent – and ego – grows, pressure from the State mounts. Russia isn’t willing to let him slip away, but it’s too late. He likes the feeling of freedom, and there’s no going back.

The White Crow tells the story of the passionate, egoistical, and mysterious Rudolf Nureyev, based on the biography by Julie Kavanaugh. Dancer Oleg Ivenko stars as the iconic performer, while Ralph Fiennes (The Invisible Woman, Antony & Cleopatra) both directs and features in the film. Also starring Clara Saint (Blue is the Warmest Colour) and Louis Hoffman (Red Sparrow).