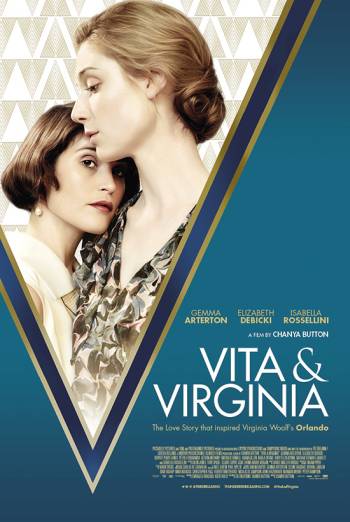 When socialite Vita Sackville West and literary icon Virginia Woolf cross paths, they forge an unconventional romance and friendship that overcomes all social boundaries and changes both of their lives... Gemma Arterton, Elizabeth Debicki, and Isabella Rossellini star in this fascinating true story.

It’s 1922 London and Vita Sackville West (Gemma Arterton) and Virginia Woolf (Elizabeth Debicki) run in different circles, dissimilar in many ways, but alike in so many more.

Both female authors who are trying to have their voices heard, their paths cross one day at a gathering in Bloomsbury. As they begin to get to know each other, there’s an immediate connection and the pair arrange to spend more time together.

Despite being married, their intimate friendship turns to romance, pushing the social boundaries, and the writers begin an exciting affair. But as Virginia’s mental health deteriorates and Vita’s recklessness takes over, neither of the lovers will ever be the same again…

This enchanting biographical drama is based on the true romance that inspired one of Virginia Woolf’s most iconic novels, Orlando, and stars Gemma Arterton (The Voices, Prince of Persia: The Sands of Time, Quantum of Solace), Elizabeth Debicki (Widows, The Great Gatsby, The Night Manager), and Isabella Rossellini (Shut Eye, Enemy, Blue Velvet).