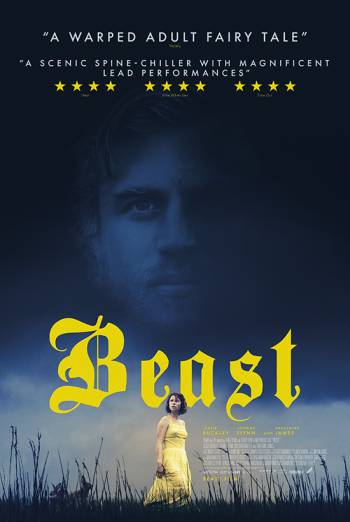 A young woman is emotionally suffocated by her small island community, until she falls in love with a mysterious and potentially lethal man in this thrilling, mystery-drama.

A desolate island community where the residents are far too close and yet incredibly distant. The stifling boredom is beginning to take its toll on 27-year-old Moll (Jessie Buckley).

“In captivity, some go insane.”

Still living at home with her oppressive parents, she feels stuck. Isolation is beginning to lead to desperation. But everything changes when she meets Pascal (Johnny Flynn).

Rebellious, mysterious, and compelling, he’s not like anyone she’s ever known. He sees something in her that nobody else understands, and she’s drawn to him in a way she cannot explain.

And it could lead to her undoing.

In recent years, young women have disappeared and their bodies have been found, buried across the island. Pascal is a primary suspect.

As the secrets spill out and the consequences come to a head, Moll’s love story begins to morph into a horror plot. And she plays a role that begins to terrify even herself.

Nominated for the Platform Prize at the Toronto International Film Festival, Beast is the feature-length debut from director Michael Pearce. TV and stage star Jessie Buckley (The Woman In White) gives a delicately haunting performance as Moll, across from the quietly catastrophic folk star-turned actor Johnny Flynn (Lovesick).